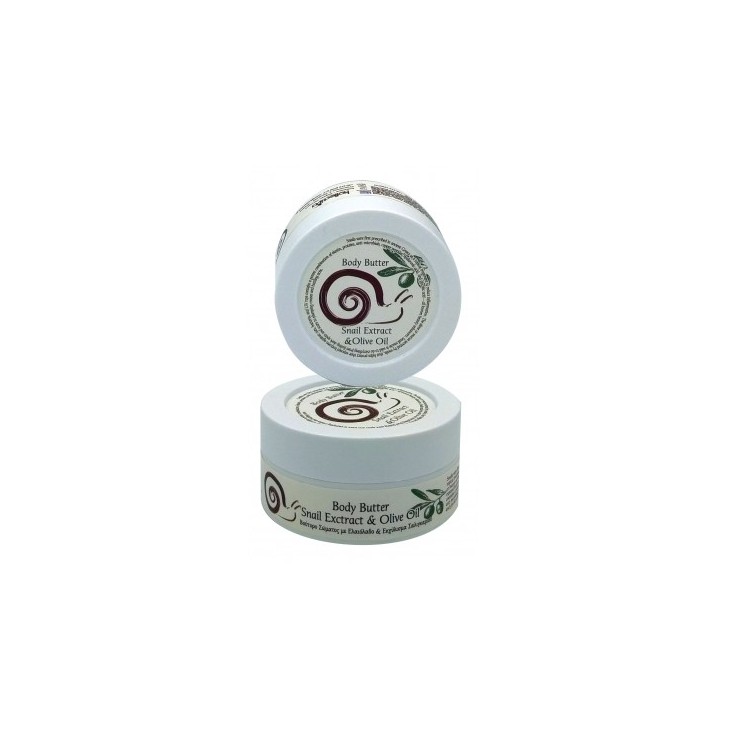 For all skin types

Not tested on animals

The Body Butter with Snail Extract from Kollectiva is a Unique Care that, thanks to its Ultra-Regenerating properties, has the ability to act in an incredible way on your skin.

The snail extract contained in the Butter, constitute a fast and effective attack treatment on the skin’s damages caused by stretch marks, scars, brown spots, acne, cracks and burns.

It is known that from the sixteenth century Snail Secretion was recommended to treat strech marks after pregnancy. In the 20th century, snail Extract is used as a promising Active Ingredient for Cosmetics Designed for treatment of burns, acne, injuries, stretch marks & photo aging.

The Snail Extract (mucus) is known for causing skin regeneration.

According to research done in the snail extract it was found that it contained the following elements in their natural state:

Proteins: Enriches and softens the skin.

Collagen and Elastin: The main components of skin connective tissue, which over the years loses its elasticity.

Glycolic Acid: It acts as a natural exfoliant, removing dead cells from the skin surface.

Hyaluronic Acid : Acts like a sponge holding vast amounts of water in the skin,effectively plumping out the skin and by doing so it can reduce the appearance of fine lines and Wrinkles, as well as improving the skin's Hydration and texture of the skin.

- Combats skin discoloration, due to aging or sun exposure.

- Helps to Moisturise dry skin Snail mucus is proven to adress many skin issues from fading dark spots and scars to plump Wrinkles and battling acne.

Olive Oil contains four major Antioxidants which allow it to work as a Cleanser, Moisturizer, and protector of Skin. Among these Antioxidants are Vitamin A and Vitamin E. Vitamin E partly accounts for the Anti aging benefits of this substance because it helps restore skin elasticity.

Apply to the dry skin and massage gently until it is fully absorbed. Use as often as required.